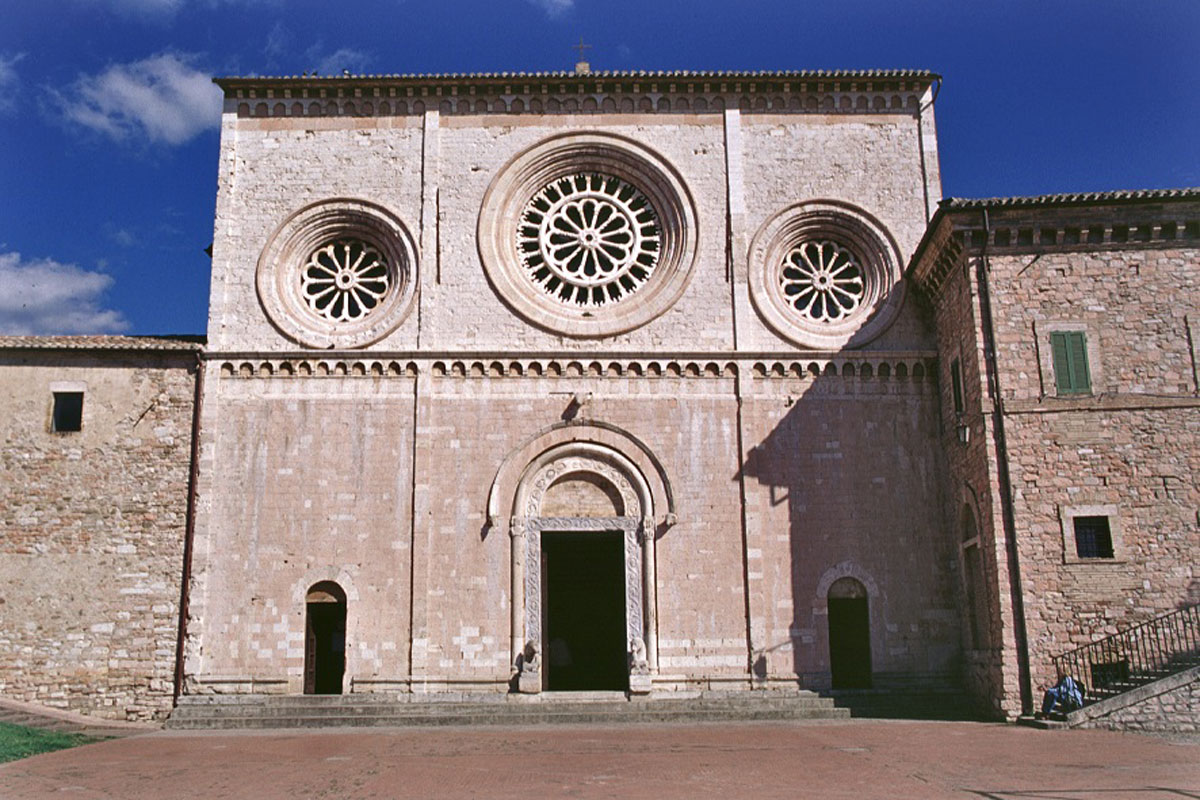 St. Peter’s church in Assisi was founded together with the monastery in the 10th century, on a land that at the time was outside the town walls, by the Benedictines of Mount Subasio in a period of “strategic” expansion of the Order. At the beginning of the 13th century it was rebuilt according to the particularly harmonious Romanesque-Gothic design it now has.

The rectangular façade built with the typical pink stone of Mount Subasio, is punctuated by three portals, as many rose windows and two strips divided by a cornice with suspended arches. The central portal is flanked by two lions. The façade originally ended with a gable, which was demolished following the damage caused by an earthquake in the 19th century.

It was consecrated by Pope Innocent IV in 1253. The inside, restored in 1954, has three naves separated by pilasters, with a raised presbytery, semicircular apse and dome. Funeral monuments of aristocrats from Assisi of the 13th and 14th century are found on the counter-façade and sides of the presbytery, while on the walls and in the chapels there are paintings from the same period. Worth noting is the Gothic Holy Sacrament chapel featuring a valuable triptych by Matteo da Gualdo.

However, its main feature, as much as it may seem irrelevant, is that it does not belong to the Franciscan Order. The fact that this is a building belonging to the Benedictine Order strengthens its identity compared to other places of worship in Assisi, since, following an edict issued at the end of the 13th century, only the Franciscan order was allowed to build or leave land.