Papal Basilica of St. Mary of the Angels in Porziuncola

HomePlacesPapal Basilica of St. Mary of the Angels in...

Papal Basilica of St. Mary of the Angels in Porziuncola 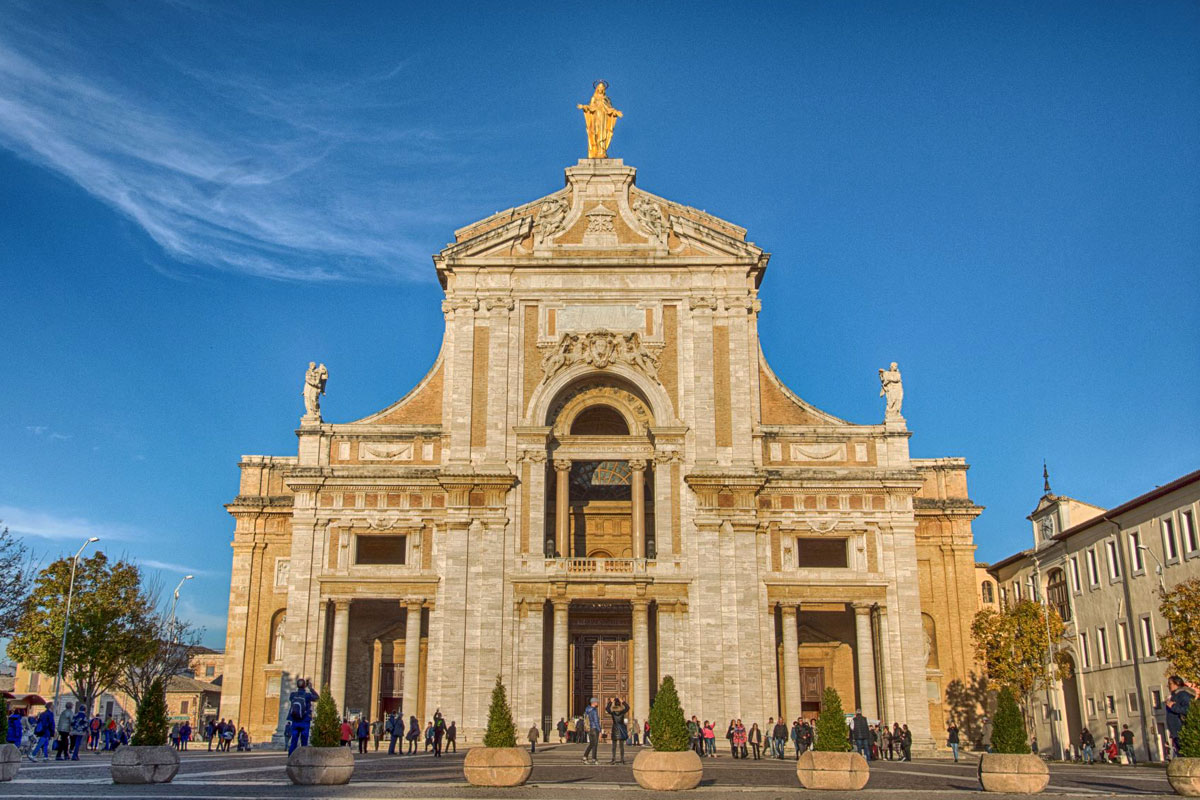 Pope Saint Pius V (1566-1572) commanded the erection of the large Basilica di S. Maria degli Angeli, which was built between 1569 and 1679 to both preserve the chapels of the Porziuncola, the Transit, the Rose Garden and other places that became sacred because of their reminiscence of St. Francis, and to welcome the many pilgrims that come to visit them from all over the world.

The original project by Galeazzo Alessi (1512-1572) features a rigorous structural simplicity, in line with the Franciscan ideal of poverty. The strong earthquake that shook Umbria in 1832 caused serious damage to the Basilica. At the end of a long and complex restoration led by architect Luigi Poletti, it was reopened for worship on 8th September 1840.

The façade was radically modified based on a project by Cesare Bazzani, with the aim of giving it a monumental appearance that would reflect the importance of the Sanctuary. It was inaugurated on 8th June 1930 and an imposing gilded bronze statue of Our Lady was placed at the top.

Inside the chapel, originally owned by the Benedictine monks, is situated in an area called “Portiuncula”, which literally indicates the small portion of land it was erected on.

The small church, located on Assisi’s plain and abandoned for a long time, was restored by St. Francis. This is where he clearly understood his vocation and founded the Order of the Friars Minor in 1209 under the protection of the Virgin Mother of Christ, to whom the small church is dedicated. The Benedictines gave the place and chapel to Francis to turn it into the centre of his new institution. In 1216, in a vision Jesus himself gave Francis the Indulgence known as the “Indulgence of the Porziuncola” or “Pardon of Assisi” approved by Pope Honorius III.