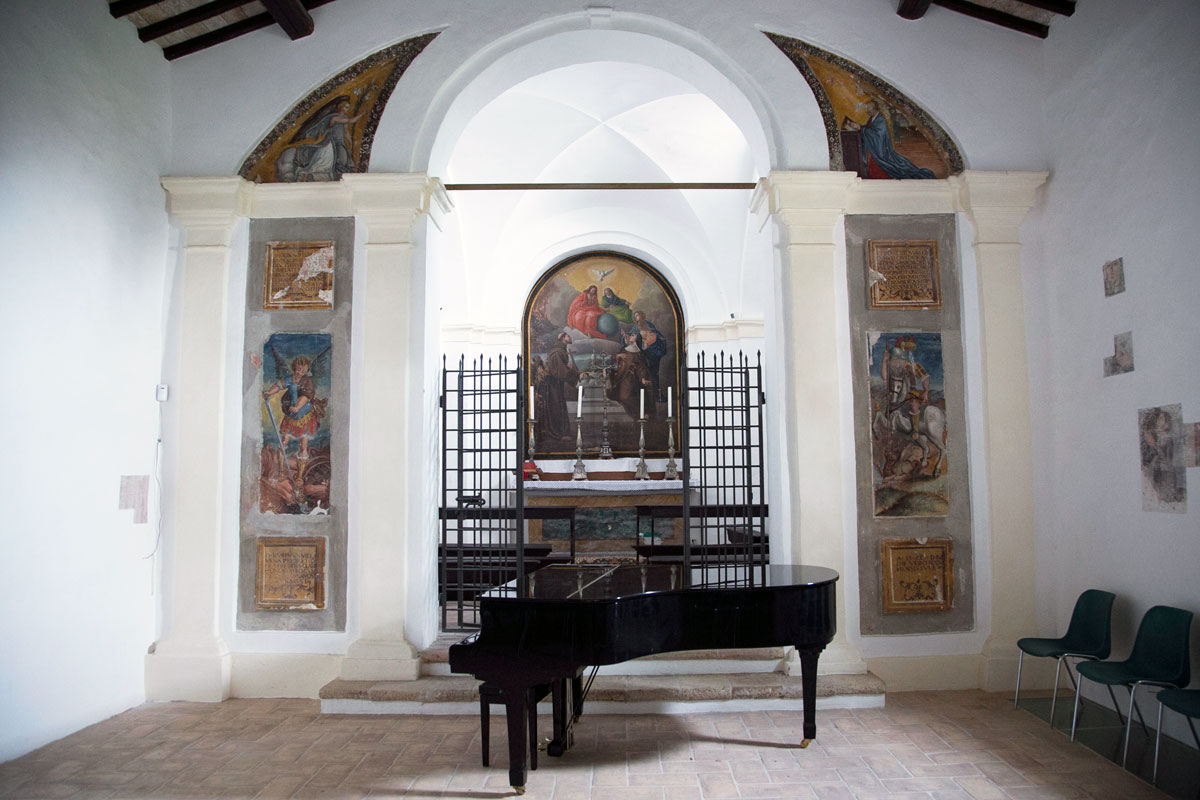 At the beginning of via Borgo Aretino, immediately after Porta Nuova – in the “upper” area of ​​the city, which leads to Santa Chiara – are the houses of the Confraternity of Santa Chiara, which already existed in 1329. In a niche on the wall there is the image of an “Immaculate Conception” between San Francesco and Santa Chiara, and there is the entrance to the oratory of Santa Chiarella. The oratory inside preserves a processional banner by Giacomo Giorgetti. Recently the church/oratory has been restored and frescoes dating from the fourteenth century have appeared. After the restoration, the oratory became a room to be used for cultural events in the city of Assisi.