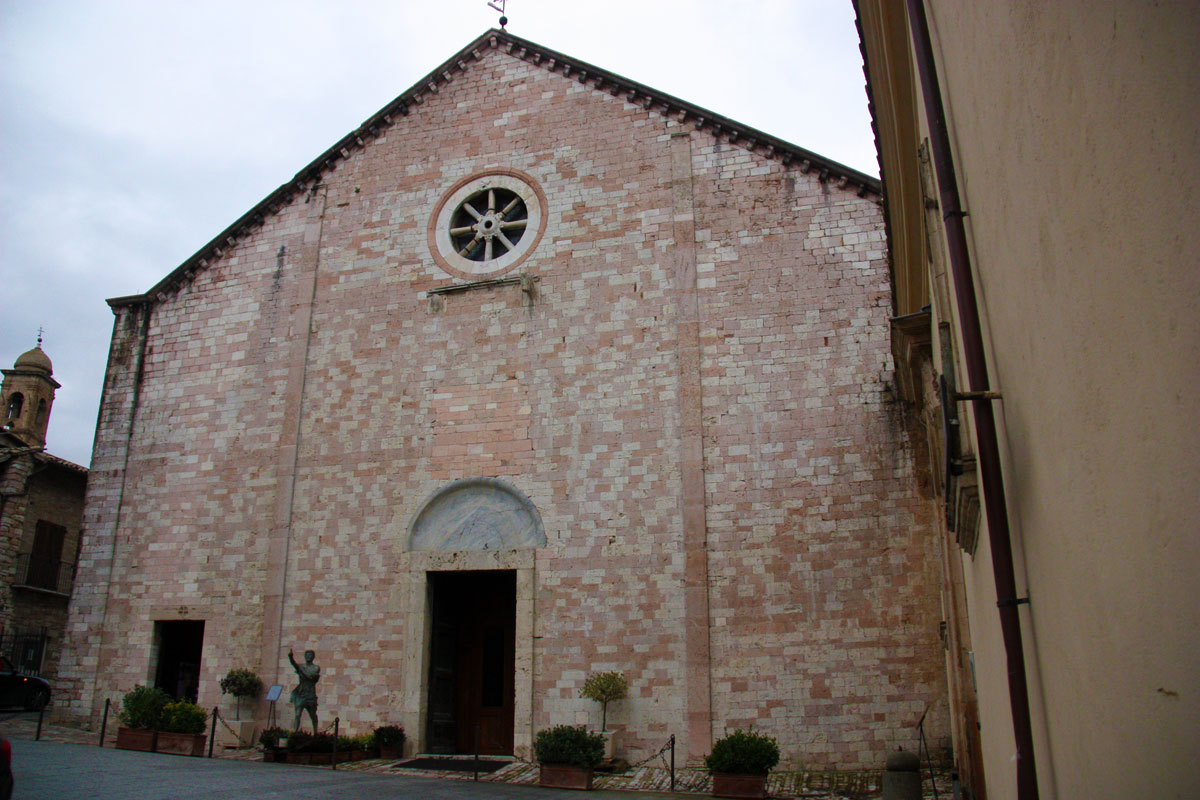 According to tradition, the Church of Santa Maria Maggiore was founded by bishop Savinio in the 4th century on top of a pagan temple dedicated to the god Janus on the lower terracing of the Roman town of Assisi.

The pre-existence of archaeological structures was confirmed by excavations carried out in 1864 and 1954, which found the remains of a Roman ‘domus’ dating back to the 1st century AD. It was identified as the house of Latin poet Properzio, who was from Assisi and lived at the court of emperor Augustus. The excavations also revealed a sarcophagus dating back to the 8th century and currently placed at the bottom of the aisle facing south. The early Christian basilica was rebuilt just before the 11th century AD, which is the date the crypt under the presbytery dates back to. In 1035, at the time of bishop Ugone, the title of Cathedral was transferred from Santa Maria Maggiore to the church of San Rufino, where the relics of the patron saint were preserved.

In 1162 – the date on the façade’s rose window – Santa Maria Maggiore was rebuilt with a Romanesque style by an architect called Giovanni, maybe the same Giovanni da Gubbio who started the new cathedral of San Rufino in 1140. St. Francis was a guest of bishop Guido a number of times in the bishop’s adjacent Palazzo Vescovile and this is where he rendered his garments, thereby creating a special bond with the church of Santa Maria Maggiore. A stone outside the apse is the evidence of the works carried out at the time of Francis and bishop Guido in 1216. A second inscription with a portrait of the saint was painted on the apsidal tribune, but was lost in the devastating earthquake of 1832, when the roofs of the aisles fell and the church’s decoration was seriously damaged. The surviving paintings are by Umbrian painters who worked during the 14th and 16th century.

The parish has been entrusted to the Capuchin Friars of Assisi since 2008.