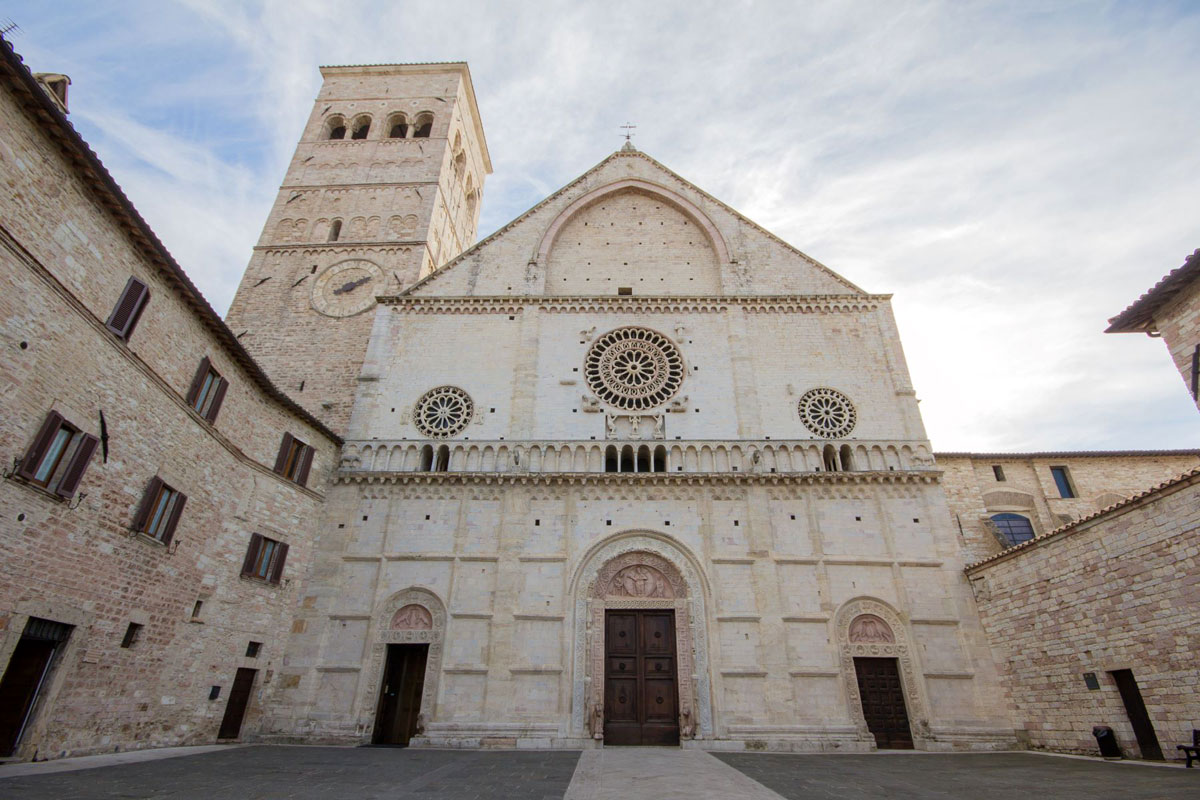 The Cathedral is located on a Roman terracing on the south side marked by a wall to contain it and which is still visible inside the church and the Crypt. Archaeologists believe this site is the forum of the Roman municipality of Asisium.

According to tradition, in 412 a small church was built here to contain the body of St.Rufino, the first bishop of Assisi and patron saint of the town, martyred in 238 in the Chiascio river. In 1029, bishop Ugone had a second church built on the same site as the previous one and in 1036 he gave it the title of Cathedral. Of this church, which occupied most of the church square, only the Crypt remains under the façade of the current church, together with the Romanesque bell tower. In 1134, the building by bishop Ugone was demolished and a new church was built behind the previous one. The new Cathedral was built in 1140 by architect Giovanni da Gubbio, as shown by a walled memorial table outside the apse. The works went ahead slowly and still hadn’t been completed in 1210, when a reconciliation pact between the town’s Maiores and the Minores established the works would continue. The altar was consecrated by Pope Gregory IX in 1228 and in 1253 Innocent IV consecrated the now completed church.

The inside no longer retained its Romanesque appearance with naves divided by pilasters and a raised presbytery following a project created in 1571 by architect Galeazzo Alessi to fully design it. On top of the vaults, (which cannot be visited) one can still see some structures of the 12th century church, including the remains of a dome. The restoration project by Alessi, justified by the fact that the stability of the facilities was seriously compromised, gave the inside a typical late Renaissance design thanks to the insertion of a longitudinal body on one octaginal plan: the effect must have been even more visible before 1848, when the openings at the bottom of the side naves were opened and the altars under the dome were destroyed.