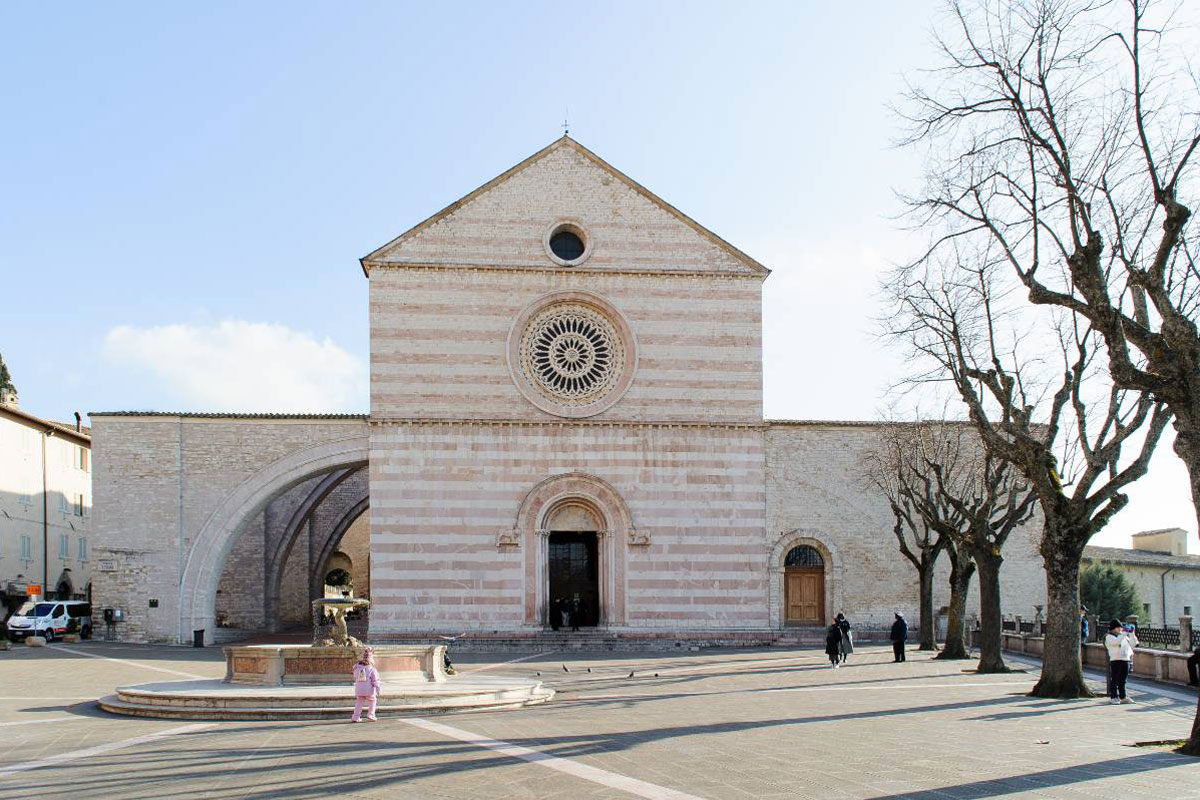 The tomb of St. Clare was designed and meant to be built outside the town’s door in the church of St. George, where Francis had already been temporarily buried and where St. Clare was buried on 12th August 1253.

While for the church-mausuleum due to be erected for St. Francis, a place was chosen only two years after his death, for the one to be dedicated to St. Clare the opposite side of the town was immediately chosen, precisely next to the church of St. George.

Three years after her death and one year after the canonisation of St. Clare, the construction of the church and the adjacent convent of the Poor Clares began in 1257, who had been living in St. Damian since 1212.

The building features white and pink stone strips across the whole body and majestic supporting rampant arches at the two sides of the church.

The inside has the same structure as the upper church of St. Francis with a single nave ending in a transept with a polygonal apse. Once again, there is a gallery running along the perimeter, though unlike St.Francis, it is as high as the capitals of the pilasters.

The high alter is enclosed in a colonnade of 12 small polygonal columns created by a 15th century Umbrian stonecutter, with an 18th century wrought iron railing. Above the high altar stands the grand shaped cross (1255-1260) attributed to the so-called “Master of St. Clare“, recently identified with the painter Benvenuto Benveni da Foligno.