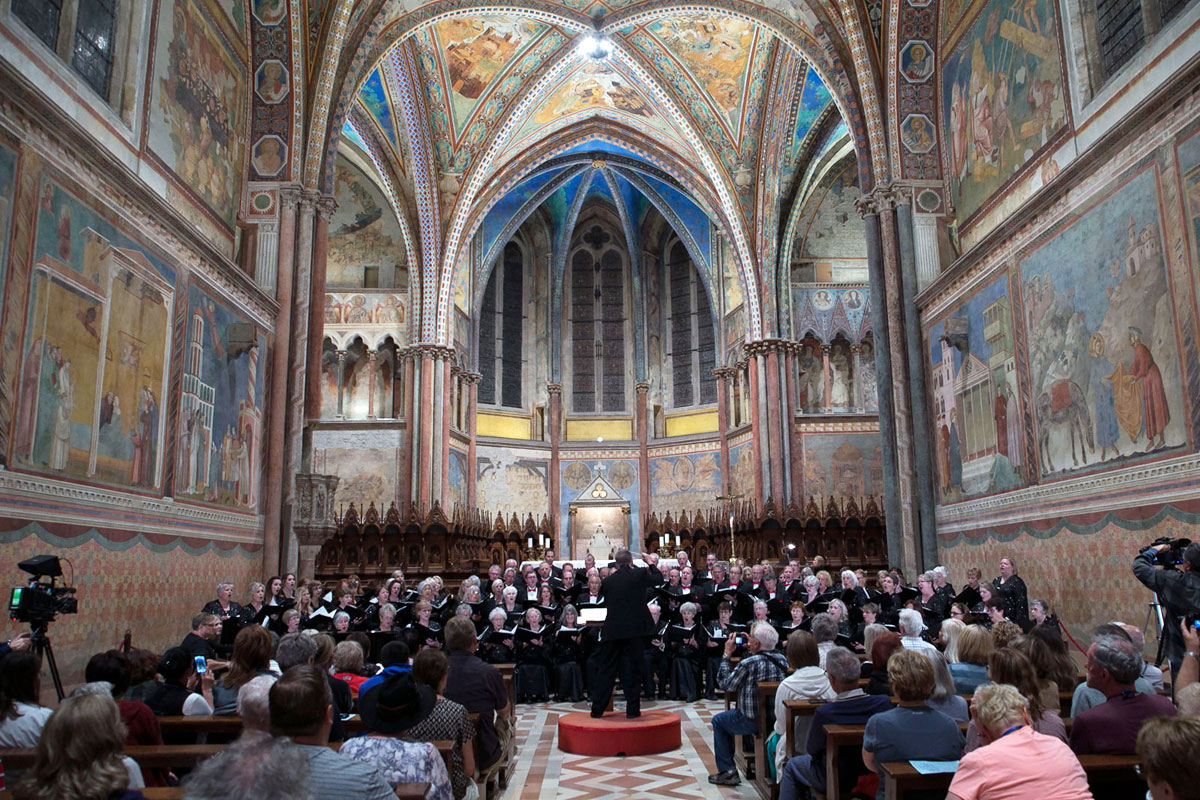 All is read to give the start to the 2021 edition of Assisi Pax Mundi.

Four free concerts are going to be performed in the franciscan places. For the eighth year, the four Franciscan families organise the International Festival of Sacred Franciscan music in Assisi with the cooperation of the  Chapel Choir of the Papal Basilica of St Francis.

The final concert will be the event’s  crowning moment: all entered groups will participate in it. It will occur on Saturday the 23rd of October at 9 p.m. in the St Francis Upper Basilica. Sunday will be dedicated to Eucharistic celebrations.