Assisi Pax Mundi is back

Home2021Assisi Pax Mundi is back

Assisi Pax Mundi is back 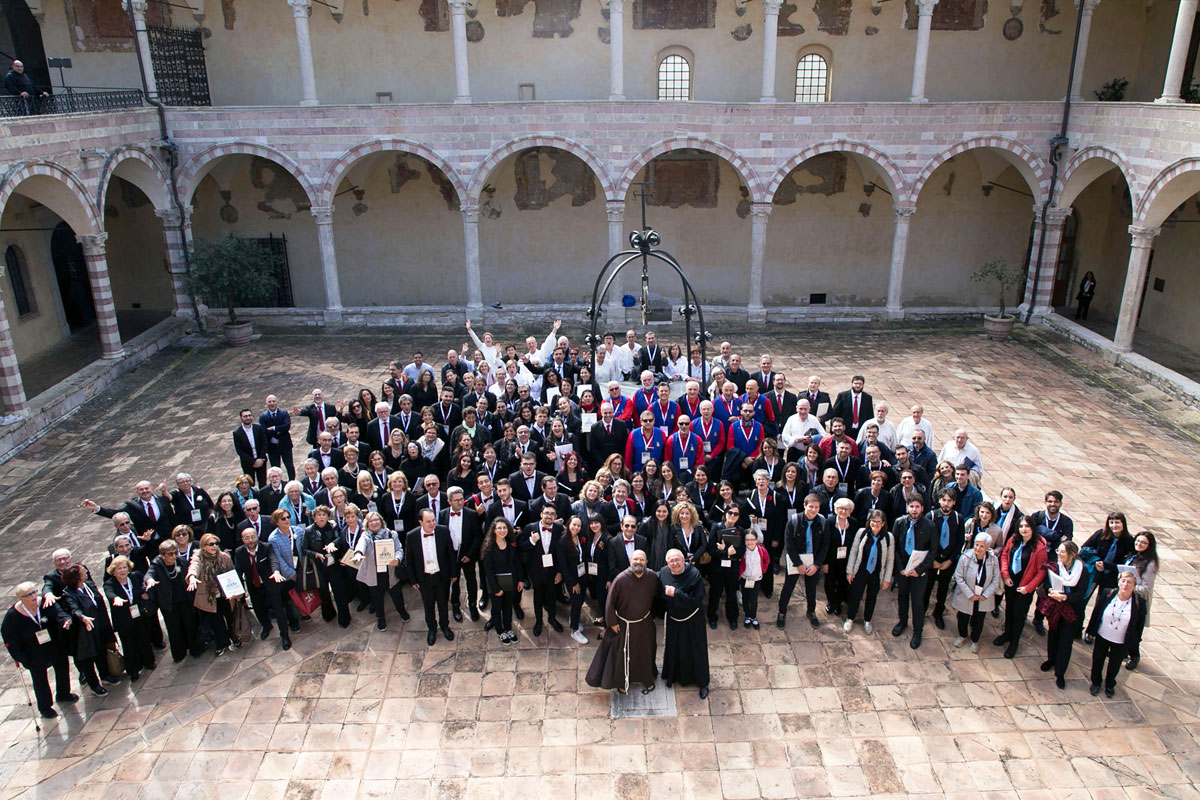 Sacred franciscan music is going to invade Assisi from Thursday the 21st to Sunday the 24th of October. Many free concerts are going to take place in Saint Francis places. The International Festival of Sacred Franciscan music, Assisi Pax Mundi, is organized by the four franciscan families with the cooperation of the Chapel Choir of the Papal Basilica of St Francis and it has been renewed for its eighth edition.

A preview will kick off the festival on Saturday the 16th of October. The final concert will be the event’s  crowning moment: on Saturday the 23rd of October at 9 p.m. all entered groups will participate in it in the Saint Francis Upper Basilica.

Choral and instrumental groups are invited to present their repertoire and to meet each other in the beautiful setting of Assisi, to share their experiences and feelings.

This music event, with its harmonies, wants to be the occasion to reaffirm the typical franciscan vocation of music that is proclaiming the Gospel through the music that can comfort who is listening to it by infusing the power of hope. This will be the leitmotif of this eighth edition of Assisi Pax Mundi. Franciscan families took inspiration for that from Saint Francis words contained in his Simple Pray: “Where is the despair, I bring hope”.

The festival is realized thanks to the contribution of the Minister of the Culture, the Umbria Region, the City of Assisi and the patronage of the Pontifical Council for the Culture. For info info@assisipaxmundi.org

All concerts will be broadcast alive on Assisi Pax Mundi Facebook page (https://www.facebook.com/assisipaxmundi).