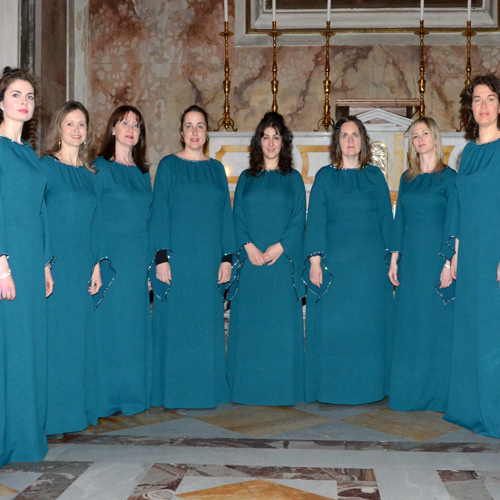 All is ready for the ninth edition of Assisi Pax Mundi. The Vocal Group “ArmoniosoInCanto”, coming from Perugia will give the start to the festival with its concert. We can listen to it on thursday the 20th of October at 9 p.m. in the Basilica of Santa Maria degli Angeli.
The festival of Sacred Franciscan Music gets to the heart of the 2022’s edition.
Many concerts and moments of meeting will enlive the franciscan places in Assisi and in Santa Maria degli Angeli from thursday the 20th to saturday the 22rd of October 2022: 16 vocal and orchestra groups are going to participate to Assisi Pax Mundi. More than 370 artists coming from different parts of Italy. The theme of this ninth edition of the Festival is “Et dame fede dricta”(FF 276).
Friday and Saturday will be rich in events: three concerts a day will be performed.
The first concert of Friday the 21st of October will start at 11:30 a.m. in the Church of Santa Maria in Minerva with the “Medievales Ætnei” Ensemble coming from Paternò. In the afternoon, it will be the turn of the “Laudate et Benedicite” Liturgic Choir from Sassari that will perform in the Santa Chiarella Oratory at 5 p.m.
The day will end with the concert of the Manos Blancas Choir from San Vito al Tagliamento with the cooperation of Noincanto e Naonis Clarinet Ensemble and the Choir of Ittireddu (Ittireddu SS): it will occur at 9 p.m. in the Saint Rufino Cathedral.
On saturday the 22rd of October the music will start enliven the franciscan places at 11 a.m. in Saint Peter Church. Two choirs are going to perform their concerts: the Polimnia Polyphonic Choir (Padule SA) and the Magnificat Choir (Barrafranca EN). In the afternoon, at 4, the concert will take place in Saint Pater Church with the “Sturm und Drang” Polyphonic Choir coming from Paternò and the Choir of the Basilica of Sorrento.
As usual, the Saturday night appointment will be the moment for a collective meeting that will allow to all participating groups to meet each other in a unique shared concert. They are going to sing all toghether on saturday the 22rd of October at 8:30 p.m. in the Saint Francis Upper Basilica.
Music scores of the franciscan songs performed during the festival will be put on sale at the Sacred Convent shop and at the International Franciscan Library.
The festival is realized thanks to the contribution of the Ministry of Culture, the Umbria Region, the City of Assisi and the Pontifical Council for Culture.