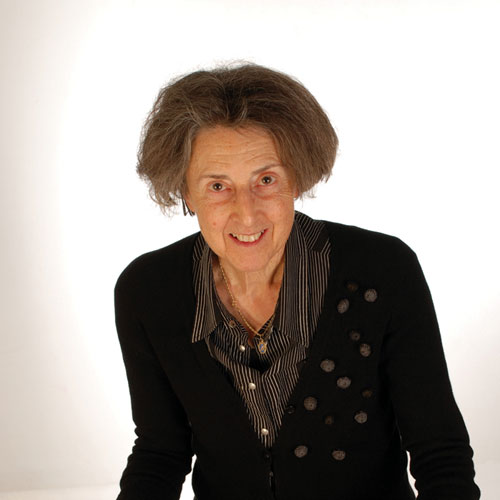 Coming from the Italian region, Friuli Venezia Giulia, she is a pianist, an organist and a composer. She refined her piano lessons with G. Agosto at the Accademia Chigiana in Siena and her organ lessons in Rome with P. A. Cozza, A. Heiller (Accademia di Haarlem), M. Chapuis, L. F. Tagliavini, A. Esposito; she studied composition with W. Della Vecchia. She was teacher at the Conservatories of Rovigo and Vicenza while she was promoting the sacred chant with conventions, workshops and events. She cooperated with the Gregorian singer P. S. Pallini, the architect A. Polesello, the composer V. della Rosa (Texas) and the poet G. Costantini.

She performed her compositions during various organ concerts at the Notre Dame Cathedral in Paris (Ecce Homo), in Parais-le Monial (“L’homme chante la joie d’être sauvé”), in Basel, Vienna, Zagreb, Warsaw, Jerusalem etc. She dedicated to the La Verna Sanctuary her compositions “Luce alla Verna”, “Nel crudo Sasso”, “Absorberat”. She worked together with the theologian L. Sartori to their “Incontri Spirituali”: they proposed some interesting organ pieces such us “L’itinerario di Teresa di Lisieux”, “Cinque impressioni sulla fede”, “L’attesa del futuro”. She directed the musical portion of the play “La nube della non conoscenza” by G. Costantini and she composed together with the percussionist G. Facchin, the soundtrack of “La vita vincerà” by the same poet and published by Editrice Veneta. She directed various dramatizations such us  “Canti la voce, canti la vita” and “Nel silenzio affidarsi alla Parola” during her Master “Antropologia e Bibbia”  at the Verona University. Among her last works we can mention the direction and the soundtrack of the sacred drama “Signum in Montibus” (I Martiri di Tibhirine – DVD Angelicum), the direction and the lyrics of the sacred tragedies “Ecumenica soror”, “Giovanni in Vallombrosa”, “Christophe Lebreton – Il libro dell’anima”.

She presented the organ work “Il Trittico della Trinità” by father Bernardino Rizzi for the first time ever that has been published for the third time. Rizzi is the author of a great orchestral, organ, choral and drama production (Oratorios and Mess for treble voice as well). Father Rizzi’s organ work had been executed during the convention “Padre Bernardino Rizzi, il padre del Pancordismo” in Sassari.